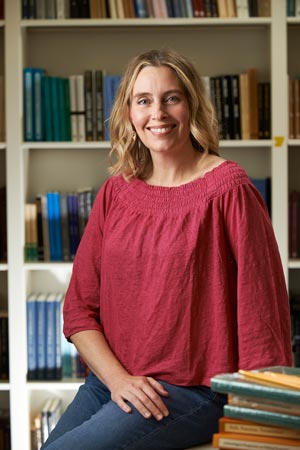 Ella Joy Olsen was born, raised, and currently resides in Salt Lake City (though she has also lived in Seattle, Washington & Savannah, Georgia). Ages ago, she graduated from the University of Utah with a degree in Finance, but after years of typing boring number stuff, she eagerly gave up her corner cubicle and started writing fiction.

Most at home in the world of the written word, Ella also spent nearly a decade on the Board of Directors for the Salt Lake City Public Library System (and over four decades borrowing from the stacks). She is the mom of three kids ranging from barely-teen to barely-flown-the-nest teen, the mama of two dogs, and the wife of one patient husband.

She is a member of Tall Poppy Writers, Historical Novel Society, Women's Fiction Writers Association, and the best book club ever: Salt Lake Bibliophiles.
ROOT, PETAL, THORN (September 2016/Kensington) is her debut novel. It is a traditionally published historical fiction set in Salt Lake City which earned an Editors Choice designation from Historical Novel Reviews, a Top Pick from RT Reviews, was praised by Library Journal, and was featured in the Salt Lake Tribune and the Deseret News. Her sophomore novel, WHERE THE SWEET BIRD SINGS will publish September 2017.
"Ella blended constructive suggestions, insider insights into the world of publishing and valuable resources in each class, as well as the opportunity to offer substantive help to one another on our manuscripts. Ella's warm and personal approach, and the small class size added to the enjoyment and beneficial effect. I would gladly continue to drive from Ogden each week to work with such an instructor."