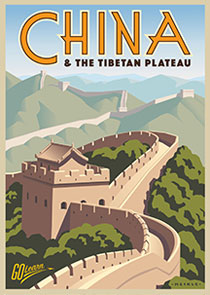 If you would like more information, and to speak to someone about this tour, fill out the interest form, and we'll get back to you as soon as possible!

Dashing among Modern, Imperial and Rural Landscape — China and the Tibetan Plateau - Architecture Culture and Society 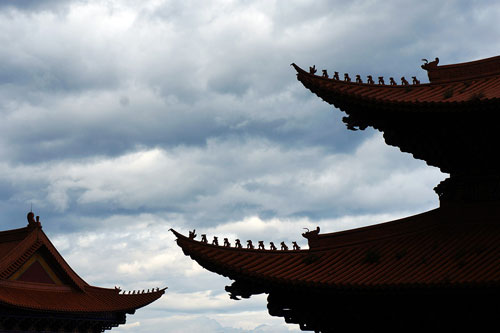 Everyone knows the Forbidden City and the Great Wall in China, but few have experienced the simple beauty and rich culture of rural China where time seems to freeze in the past. Located in the southwest corner of China, the diverse Yunnan Province is home to 25 of the 55 ethnic minority groups in China, each of which has its own language, clothing, customs, art and architecture. After you set your feet on the Great Wall and visit the magnificent imperial and modern architecture of Beijing, immerse yourself in this beautiful rural landscape and stroll along vernacular buildings that are hundreds of years old.

* Vernacular Architecture: “…comprising the dwellings and all other buildings of the people. Related to their environmental contexts and available resources they are customarily owner-or community-built, utilizing traditional technologies. All forms of vernacular architecture are built to meet specific needs, accommodating the values, economies and ways of life of the cultures that produce them.” —Paul Oliver, Encyclopedia of Vernacular Architecture of the World

Come and join Dr. Wei (Windy) Zhao of the U’s School of Architecture on a cultural adventure of a lifetime. This amazing journey differs from commercial trips. Most trips to China focus on historic monuments and museums in large cities like Beijing, Xi’an, or Shanghai. This one, however, will also take you to deep rural Yunnan Province in China, where distinct ethnic minority groups have preserved their cultural practices and cherish their own unique cultural traditions. It is an educational tour focusing on Chinese history, architecture and other aspects of culture. It has been meticulously prepared, the sites have been carefully selected, and in-depth onsite guidance has been arranged, all for you to enjoy.

During this 14-day adventure, Dr. Zhao will take you dashing through modern, imperial and rural China. We will not only visit some great examples of imperial monument and modern architecture, but also experience the living rural China by staying at traditional courtyard houses that have been converted into boutique hotels, shopping at the historic market square, strolling along old vernacular houses, interacting with local ethnic minorities, participating in cultural events, and tasting delicious local cuisine. After this trip, you will have a more profound understanding of Chinese history and culture based on your own personal experiences traveling across not only one of the largest and most developed cities in China − Beijing – but also the vast, beautiful and tranquil landscape of rural Yunnan Province.