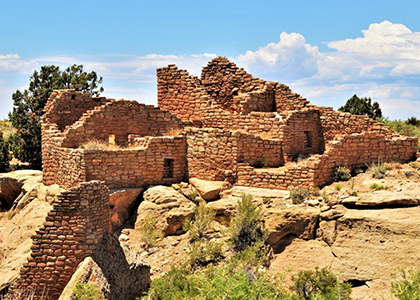 Explore one of Utah's great mysteries: the ancient Anasazi villages of Hovenweep. Located in the Four Corners region of southeastern Utah, these villages were built and occupied between 700 AD and 1300 AD, at which time they seem to have been abruptly abandoned. Join a local enthusiast to discuss the culture of the ancient people who called this area home, and to explore via photograph the architectural remains of the incredible stone structures- some with multiple levels! - of the Hovenweep villages.

Class Sections For Hovenweep: Villages of the Ancients (LLPOT 968)

Taught by Ray Cannefax. This class takes place in person at the University Connected Learning and Continuing Education building (540 Arapeen Drive, SLC). Class is limited to 16.

ADD TO CART
ONLY 3 SEATS LEFT!